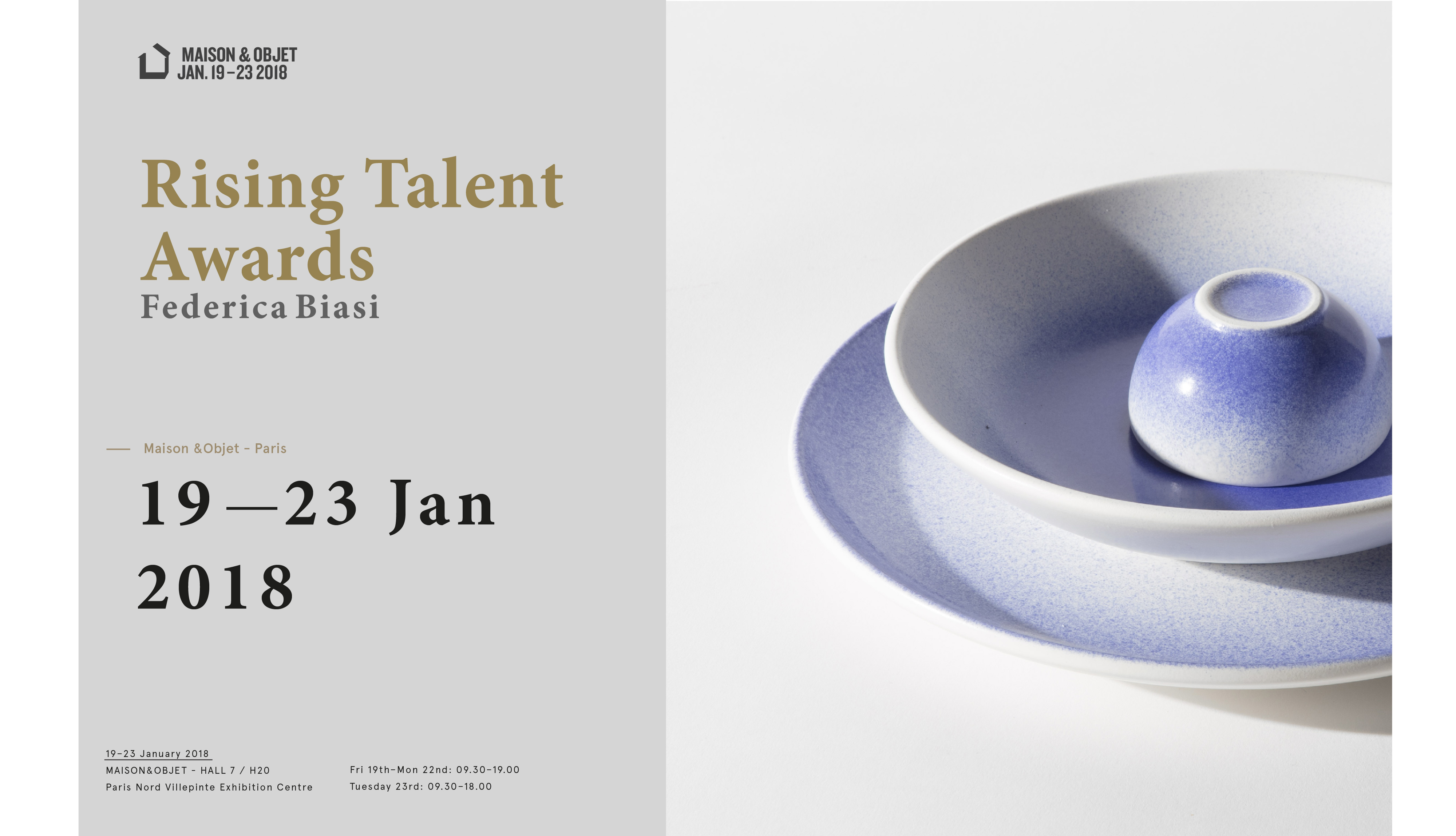 Six mentors – six influential figures from the design industry – were called upon to name one Rising Talent each. Andrea Branzi, Piero Lissoni, Luca Nichetto, Giulio Cappellini, Rossana Orlandi and Rosita Missoni.
The Jury was truly determined to celebrate the work of anonymous young designers, who received the news with great surprise and jubilation.
Federica Biasi has been nominated by Andrea Branzi

Federica has chosen to tell the story of her own creative background, with a selection of iconic products, including a special edition of Dama for Incipit  as well as a series of exclusive objects designed especially for the occasion. Among those: a tableware collection called UMI, with motifs hand-painted by Christian Pegoraro (Bottega Nove) and the first edition of OM a carpet  designed for CC-TAPIS, inspired by a night she spent in the desert, which associates earthly tones with North-African fabric patterns.
Federica Biasi presents also Marianne a brass bookcase for Mingardo in honor of the famous Marianne Brandt and an armchair inspired by the french elegance called Sophie.